You haven’t got any favourites yet

This is where you can collect inspiration, articles, events and places that interest you.

Click the icon on pages and they’ll appear here.

Board the ferry Ternan at Tórshavn harbour and in 20 minutes time you will arrive in the beautiful world of Nólsoy.

East of Tórshavn you will find the island of Nolsoy which is a long and slender island that protects the capital from large ocean waves. The village on Nólsoy is located on Eiðinum which is an area that is so narrow that when the storm rages the waves crash all the way across. The western side of the island is mainly covered by grass that leads all the way down to the ocean. The eastern side is steep and filled with rich bird wildlife in the cliffs and the deep caverns. On the southern side of the island you will find Borðan which is where the old lighthouse keeper used to live.
Nólsoy is famous for people such as Nólsoyar Páll (1766-1809) or as a more modern example you can point to Ove Joensen (1948-1987) who managed to singlehandedly row from the Faroe Islands to Copenhagen in 1986. The people from Nólsoy have always been known to be great at rowing and in recent years they have also established a solid competitive tíggjumannafar (boat that is rowed by ten men) with the name Nólsoyingur.
On the east side of the island there is a giant colony of European storm petrel. It is said to be the largest in the world. During the summer there are several excursions planned in order for people to view this phenomenon. Along with beautiful nature and wildlife, Nólsoy is also know for having bred a lot of great musicians.

Go for a concert in Maggies Café or book  a homecooked dinner at Maud´s home to experience true hospitality and a delicious meal. At the information centre Visit Nólsoy, you can find all the information you need about the island. 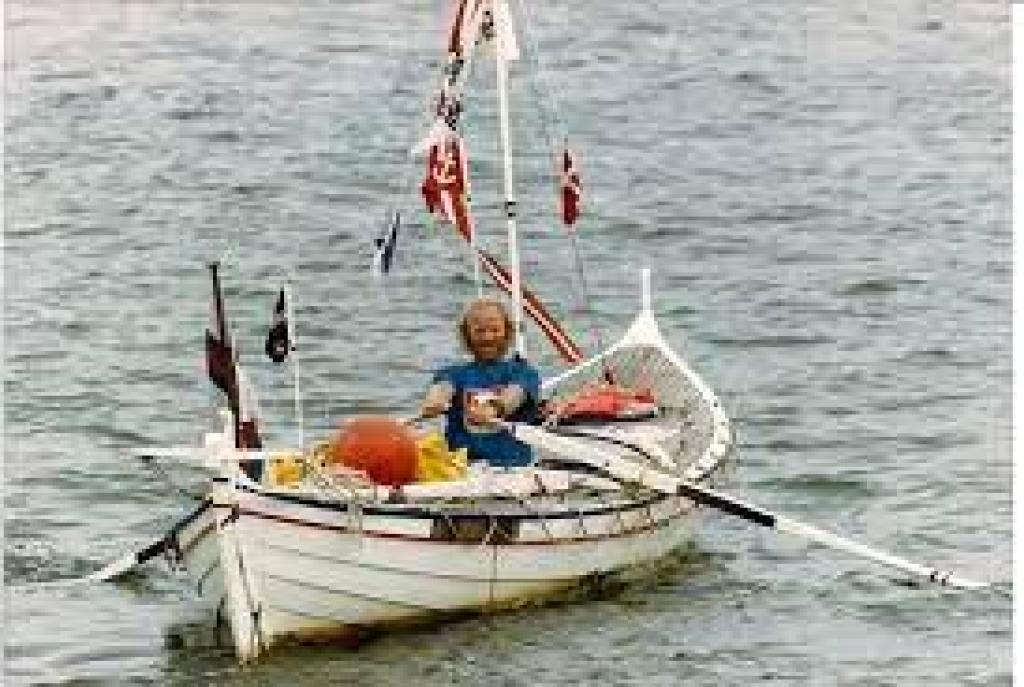 The local hero, Ove Joensen, who row from Nólsoy, Faroe Islands to Copenhagen on August 11th in 1986. Contact Visit Nólsoy if you want to visit the museum and get a guided tour.

The tourist information in Nólsoy 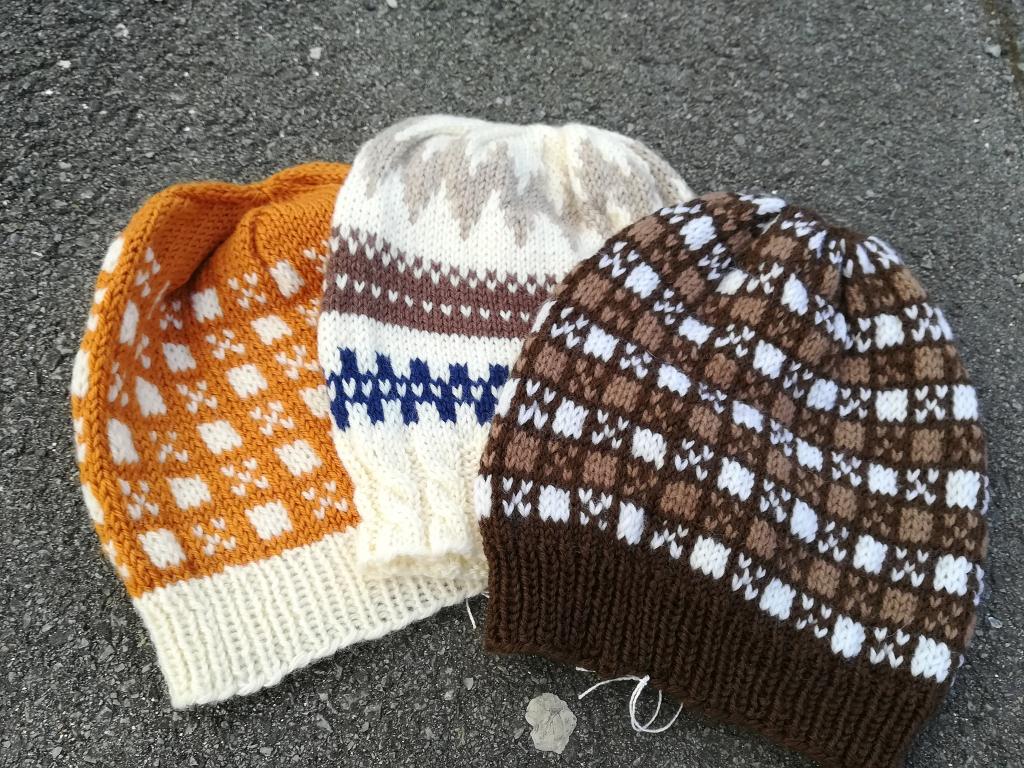 The handycraft shop i Nólsoy

Homeknitted articles made by locals. 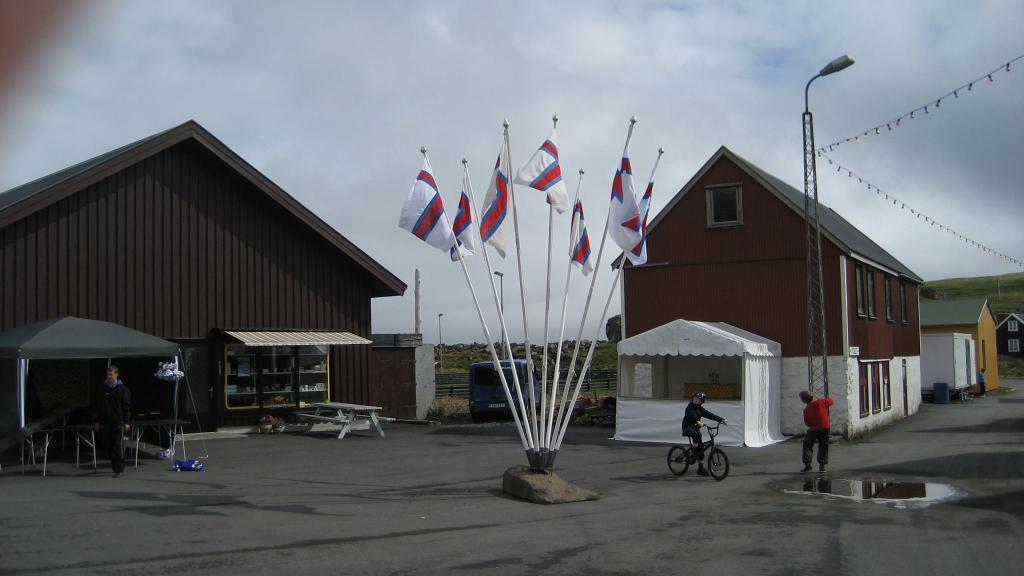 The grocer in Nólsoy

Matvørubúðin is the local supermarket in Nólsoy

The local hero, Ove Joensen, who row from Nólsoy, Faroe Islands to Copenhagen on August 11th in 1986. Contact Visit Nólsoy if you want to visit the museum and get a guided tour. 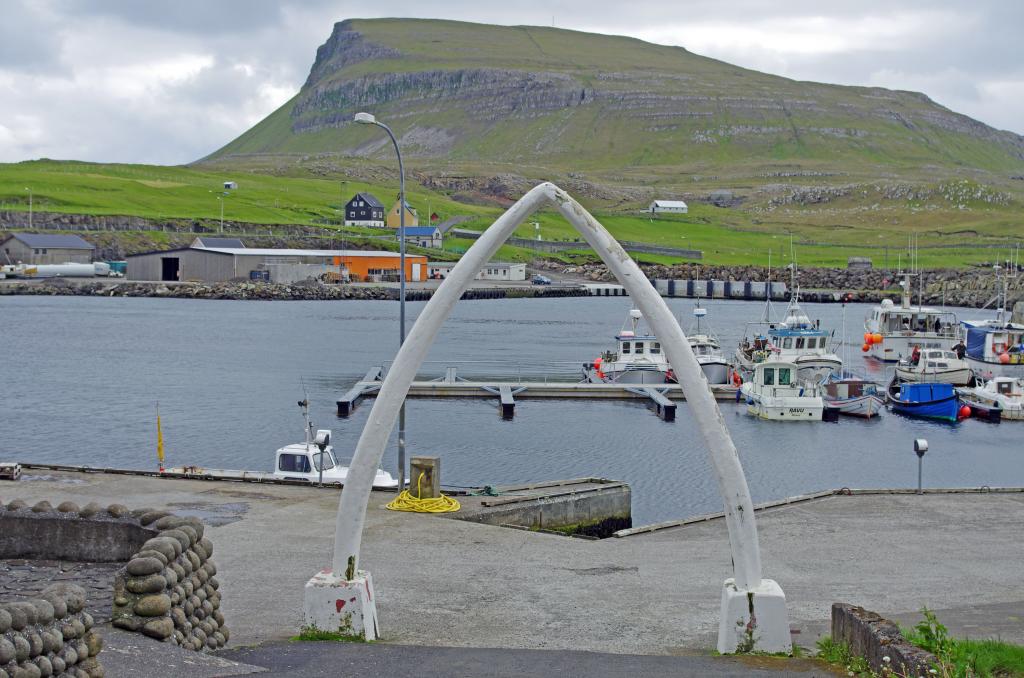 In the small harbour in the village center, you can find the Gate of Honor. This is the jaw from a 25 metre large whale. 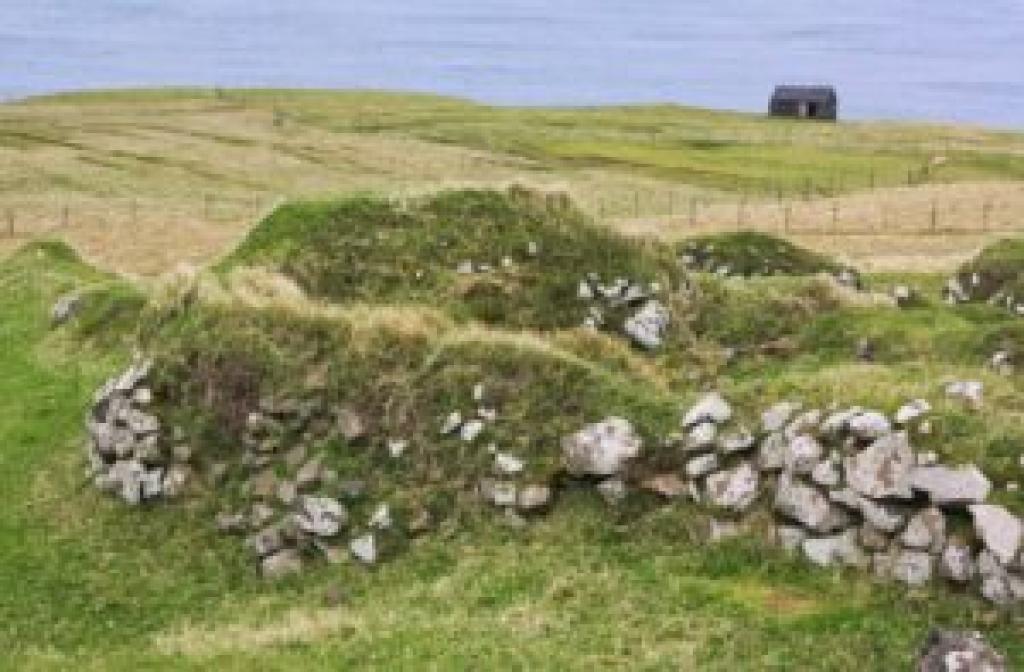 The Dale of Corn

In Korndalur, a few hundred meters southwest of the village, some remarkable ruins are to be found. A tale says that a Scottish princess once dwelled in Korndalur. For a guided tour to Korndalur pleas 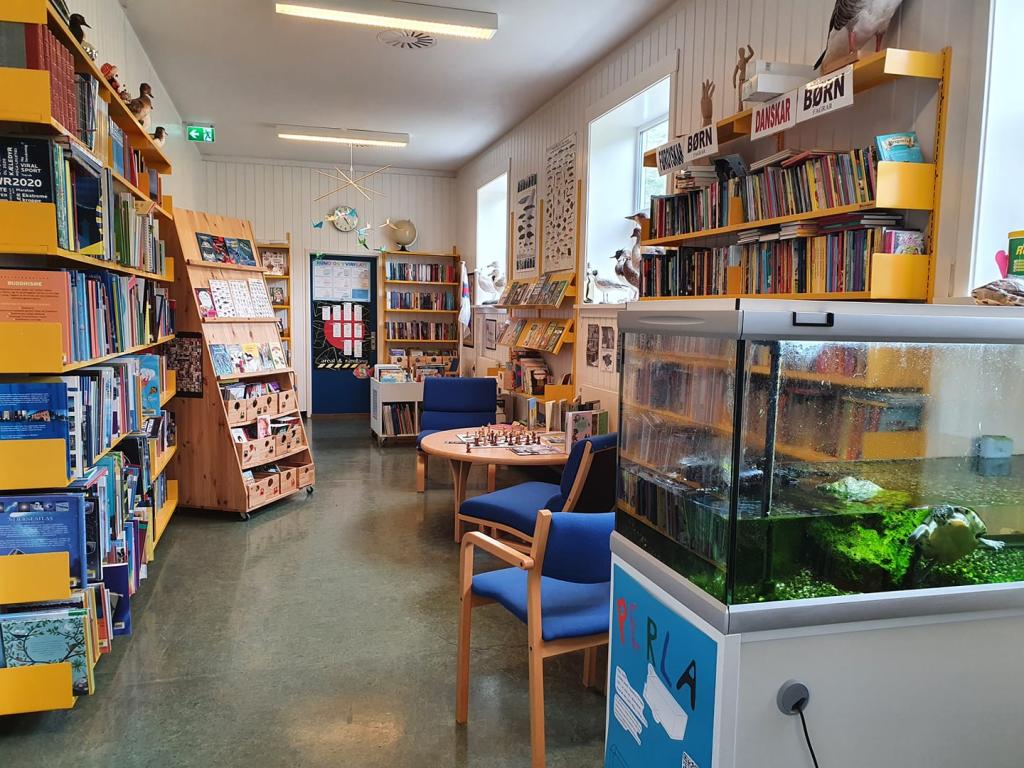 Follow the path across the narrow island of Nólsoy to the lighthouse.

Read about the tour here 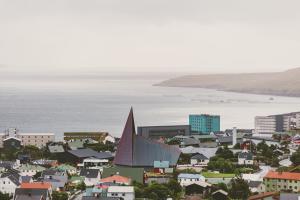 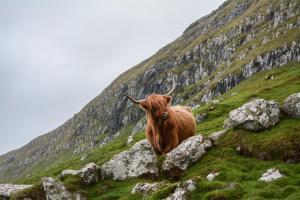 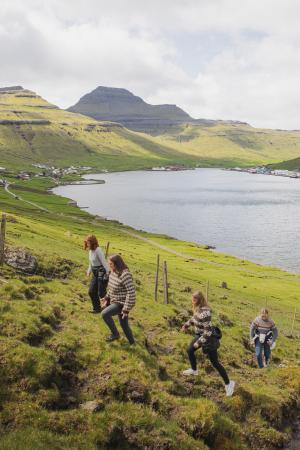 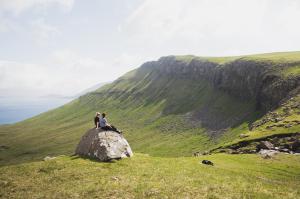 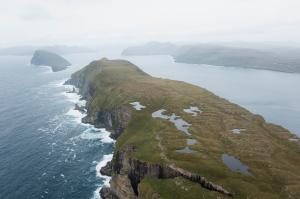 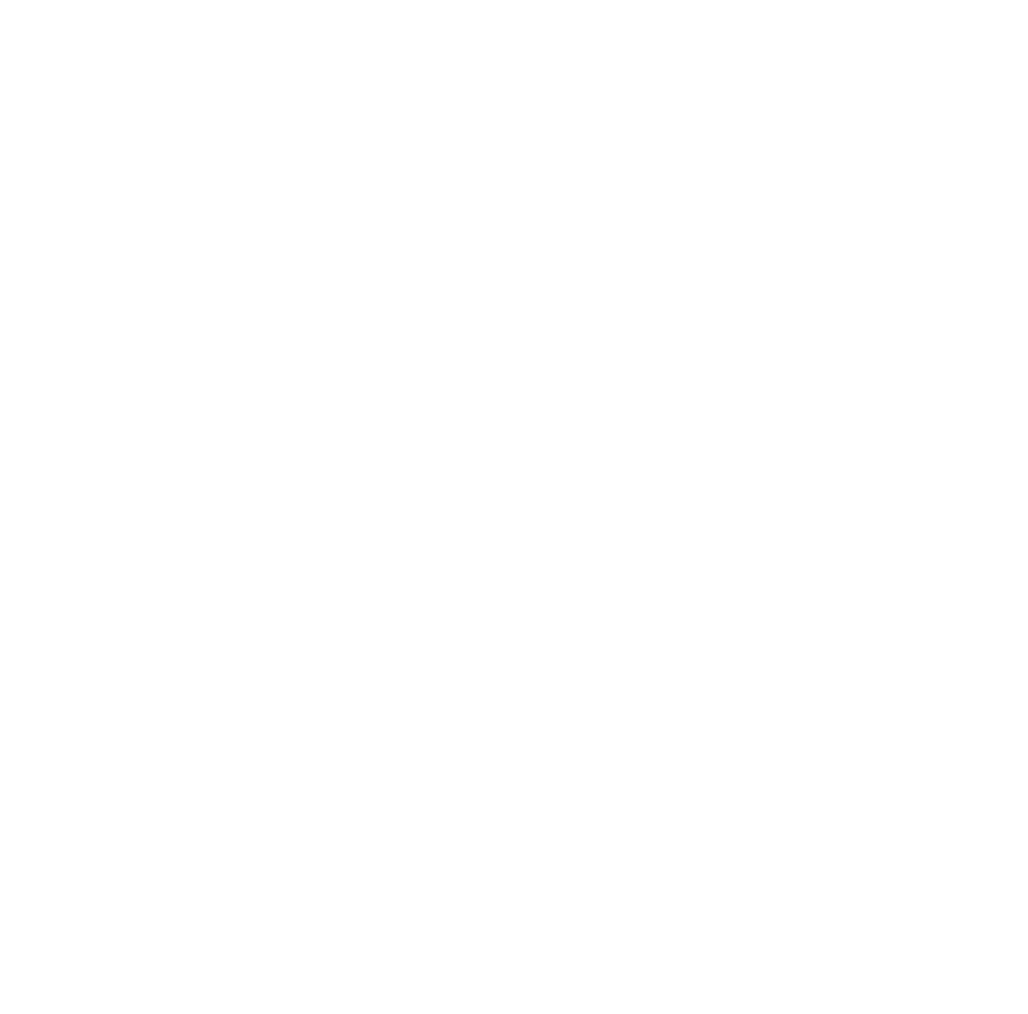